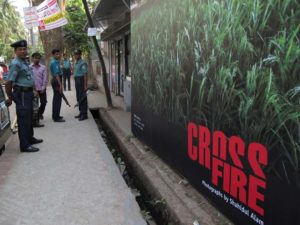 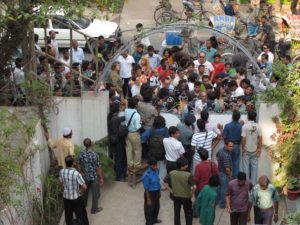 The Rapid Action Battalion (RAB) was set up on 26th March 2004 to curb corruption in Bangladesh. It consists of members of Bangladesh Police, Bangladesh Army, Bangladesh Navy and Bangladesh Air Force. RAB has increasingly been criticized for the extra judicial killings and torture that have taken place of people in custody. Human Rights groups maintain that over 1000 people have been killed by RAB since its inception. All such deaths have been attributed to gunfights between RAB and criminals where the people in RAB custody were caught in crossfire. No member of RAB has yet been killed in crossfire. Recently a high court bench passed a suo moto ruling, asking the secretary of the ministry of home affairs and RAB to explain a particular killing. The Chief Justice dissolved the bench immediately before the date for hearing (9 January 2010) of the government response – apparently for some administrative reasons. “Crossfire” is an exhibition of photographs where Bangladesh’s leading photographer Shahidul Alam, takes an allegorical look at the phenomenon. The constructed images use elements of real case studies to evoke stories that the government has denied. 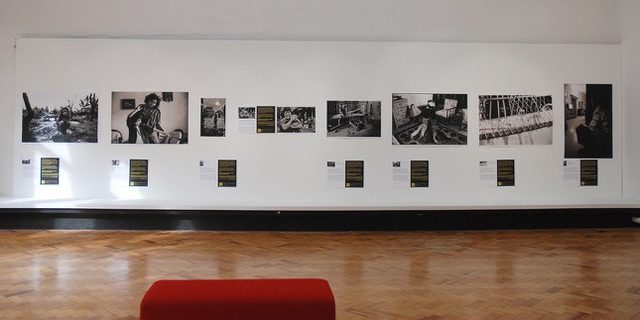 The photo essay was initiated during the resistance to the rule of autocratic general Hossain Mohammad Ershad. The early part of the work, which is shown here, was produced between 1987 and 1991. The open letter to the Prime Minister, written in 1992, relates to the ongoing tussle between a state’s attempt to control and the public’s desire for freedom.

The work records events since the 10th November 1987; Dhaka Siege Day. The people had united in a stand to overthrow the autocratic regime of General Ershad. A young worker, Nur Hossain, led one of the rallies. He had painted on his chest “Let Democracy Live.” He was the first of many who were killed by the police in the movement. The sequence of events, over the backdrop of the everyday lives of people, is documented. The floods, opulent weddings, mourners at the martyr’s memorial, unrest in the Chittagong Hill Tracts, rejoicing at Ershad’s departure, and the election.

Features on ‘A struggle for democracy’: 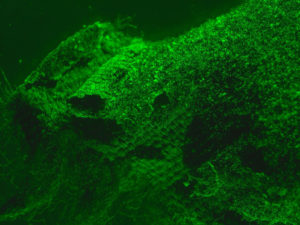 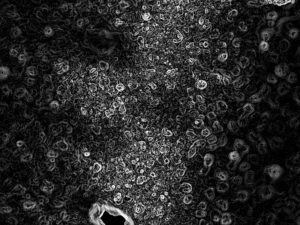 ‘Searching for Kalpana’ is the first part of the ‘Kalpana Trilogy’. In this series Shahidul Alam looks for Kalpana’s traces through various belongings left behind by Kalpana Chakma followed by her disappearance.

Kalpana Chakma was a vocal and charismatic leader who campaigned for the rights of indigenous people in the Chittagong Hill Tracts area of Bangladesh. She was abducted from her home at gunpoint 20 years ago by a military officer and two members of the Village Defence Party and has never been seen again.

This visual documentary combined with meticulous research in the photo-forensic study breaks a painful silence of the disappearance of Kalpana Chakma. The series is produced in collaboration with social scientist and activist Saydia Gulrukh.

Features on ‘Searching for Kalpana’:

Shahidul Alam’s ‘Kalpana’s Warriors’ is the third project of ‘Kalpana Trilogy’. The exhibition features portraits of individuals who have continually questioned the Bangladeshi government. The portraits are printed on straw mats, which play prominent roles in the everyday lives of Chakma’s people. The images were burned into the mats using a laser beam; this process is meant to represent the incident prior to Kalpana Chakma’s disappearance wherein the military set fire to several villages near her home.